← more from
WEATNU RECORDS
Get fresh music recommendations delivered to your inbox every Friday.
We've updated our Terms of Use. You can review the changes here. 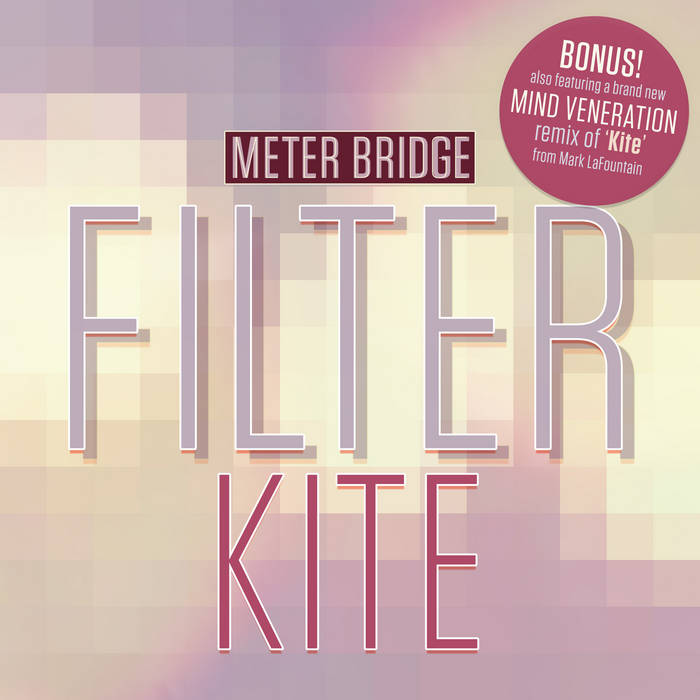 "Evocative of Man Machine period Kraftwerk, had the German four-piece chosen to invent glitchcore on their way to perfecting technopop" - The Record Stache

""Refreshing addition to today's synthpop scene, bringing in post-punk and new wave influences in ways unlike others" - Stereo Embers Magazine


On the trail of their recent single 'It Was Nothing', Canadian synthwave duo Meter Bridge have announced they will be releasing their latest maxi-single ‘Filter / Kite’ through WEATNU Records. It includes three tracks - 'Filter', 'Kite' and a Mind Veneration Remix by Mark LaFountain. The two original tracks for this new single feature catchy and crystal clear production with particular attention to the vocals. LaFountain's output is a wicked club mix with a heavy groove, while the original version of 'Kite' features modular synthesis over a minor chord progression, unique quarter time percussion and staccato rhythm.

Hailing from Nelson, British Columbia, Richard Kleef and Jill Beaulieu have been playing together since 2011, creating a distinctive and unmistakable sonic identity as Meter Bridge, forged of minimalistic groove-infused alternative dance melodies that are seemingly retro and futuristic at the same time.

According to The Record Stache, which ranked their Slow Motion LP as the 8th best synthpop album of 2015, their music is "evocative of Man Machine period Kraftwerk, had the German four piece chosen to invent glitchcore on their way to perfecting technopop".

"Our song 'Filter' is a song about persecution and about the complicated process of resistance and assimilation followed by reclamation of spirit and culture," explains Jill Beaulieu. "For the video, film-maker Bryan Webb took our concept of invasion, assimilation and rescue, making it modern and mysterious. It was filmed in studio, as well on location, in several different nearby forests."

"We are very pleased to be involved with Mark Lafountain. He was one of our earliest supporters and we value his work immensely. He added new life into this song, transforming it into something even better than the original," says Jill Beaulieu.

Mark LaFountain has been creating and recording electronic music under the alias Mind Veneration since the late 1980’s. Mark's new wave flavored remix of ‘Kite’ was inspired by some of his favorites, including ambient house pioneers The Orb.

“The synth bands of the early 80’s were amazing to me. Howard Jones, Thomas Dolby, Men Without Hats, Soft Cell, Naked Eyes… I couldn’t get enough of that synthetic sound," explains Mark LaFountain. "I eventually stumbled upon the Meter Bridge track ‘Kite’ and I felt as though I were hearing a hidden gem from the likes of The Human League, which I’d never heard before. I played the track relentlessly!”

Meter Bridge is offering the new single as a free download via Bandcamp. Meter Bridge will be playing the Electro London Festival on September 10, 2016 with Wolfgang Flür (ex-Kraftwerk), Shiny Darkness and others.

We are Meter Bridge, a duo creating intelligent electronic music. It is post punk inspired with well thought out arrangements.
We come from Nelson BC a hot bed for Art and Music, having been steeped in this mecca for weird people, we present our sophisticated darkpop. ... more

Bandcamp Daily  your guide to the world of Bandcamp